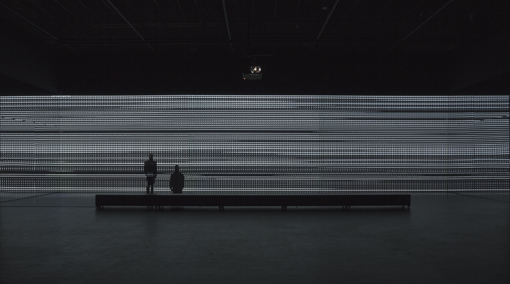 The installation unidisplay offers an examination of semiotics and the laws of perception. The work operates with a number of modules of different visual effects that interfere with the viewers' perception, through optical illusion, jitter, flicker, after-image, movement, complementary colour effect, and so on. the installation unfolds against a long projection wall with two mirror walls on the side thus visually expanding like a universe. The basic visual, made up of sequences, motifs and graphic translations of various units of time measurement acts as a world clock and evokes the intertwining of time, between past, present and future. The installation is created with Derivative's TouchDesigner software which has been used for alva noto live performances with a triple-screen projection.