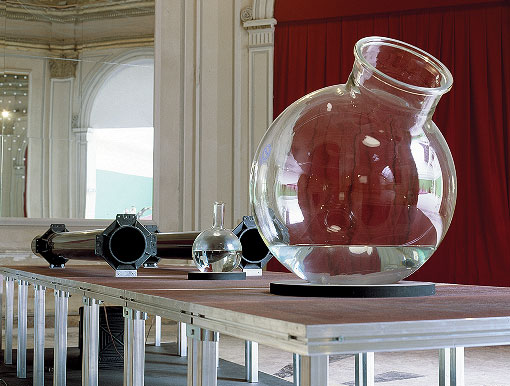 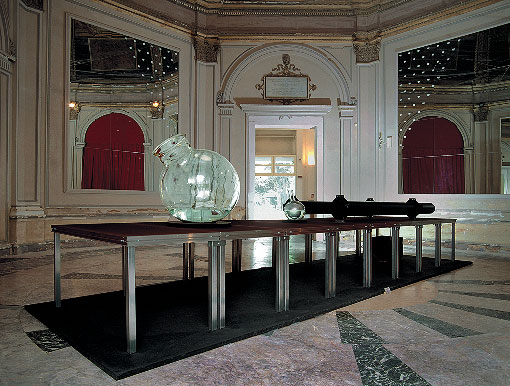 On a large platform two glass flasks of varying size are placed in front of a tube-like loudspeaker system. The loudspeakers mounted to the surface of the platform transmit a low-frequency sound that causes the fluids in the glass flasks to vibrate. Given the same intensity of sound, the sine wave-like pattern in the large glass flask is minimal, while in the smaller flask a rather chaotic modulation is generated which stops as soon as the sound interrupted. frozen water demonstrates a situation that is difficult to control and focuses on the polarity of the elements chaos and order, movement and stagnancy.