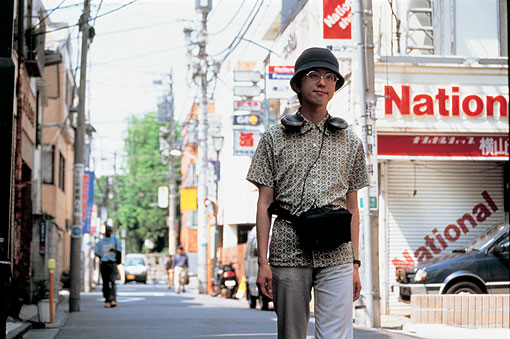 empty garden is a sound piece that tries to connect two spatially separated locations. the urban space becomes the actual place of action. at the point of departure (museum) the visitor is invited to enter a nearby garden. on his walk he carries small loudspeakers on his shoulders which allow him to listen to a musical composition and to perceive everyday noise. high-frequency sound on the soundtrack alerts the visitor's attention to perceive background noise that is ordinarily blanked out or filtered. this mixture of the components alerts the viewer's perception to situations that surround him, ranging from the architectural spaces within the museum through the busy streets of tokyo leading him into the emptiness and intimacy of an unplanted garden.