aoyama spaces, models for a performance of light and sound (series) 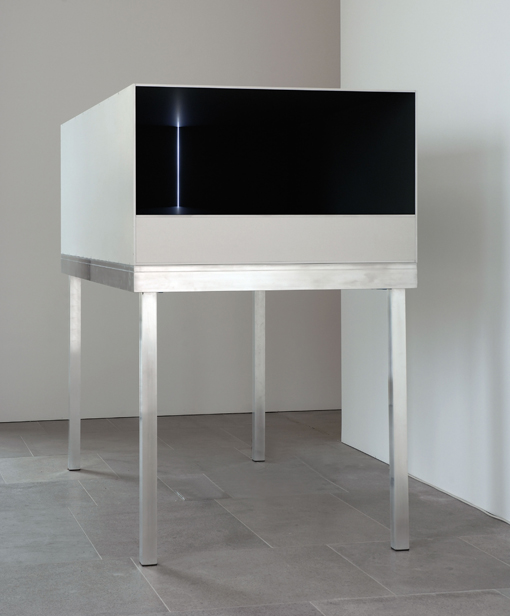 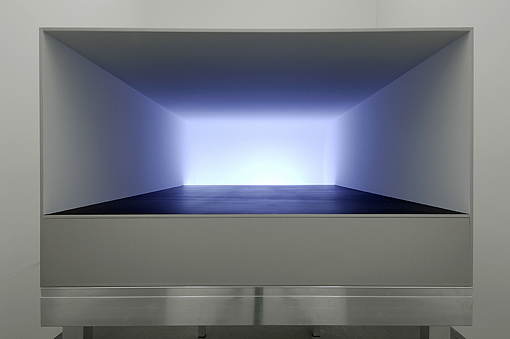 the name aoyama space derives from a photo studio in the aoyama district of tokyo, which provides a concave room with no edges thus achieving a spatial irritation of a seemingly endless space, as no spatial clues are available. the works of the series serve as scaled down models of imaginary room installations supposed to explore special spatial configurations. due to their reduced size it is possible to realize radical spatial structures with complex characteristics and meticulous arrangements.

in the interior of the boxes, differently executed model spaces – including curved surfaces, incisions, etc. – are visible each of which is illuminated by an individual play of light. the light is triggered by specially composed electronic sounds ranging from deep bass frequencies to high frequency click sounds that are also audible from inside the box. depending on the frequency modulations and the rhythm of the sound the interplay of space and light varies its appearance in shape, intensity and visual impression – the idea of spatial irritation is taken up and carried further to explore human perception and question subjective modes of spatial interpretation.