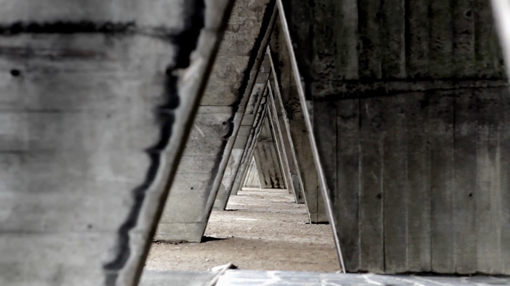 In a short cinematic essay, the second part of the series of short movies called future past perfect illustrates the issue of the individual that is brought into line with a vertically organised social structure. shot at Le Corbusier's Unité d'Habitation in Nantes (also called Cité Radieuse), the film concentrates on the modular system applied for the residential building which finds its expression down into the smallest details of design: doors, windows, taps, door handles, light switches, etc. constitute the inhabitants living space through their standardised forms. The cinematic result is a combination of consecutive sequences of single images and tracking shots of various details inside the apartments and on the hallways of the apartment block. Thereby, both the different benchmarks of standardised production are correlated and the reciprocity of the built-up environment with the inhabitants individual appropriation are examined.