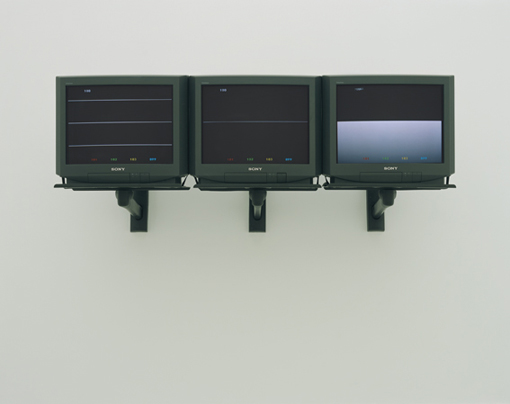 The audio signal of a CD player is connected to the video input of a television. The audio tracks of the CD − impulse frequencies and various test sounds − are translated by the television into an abstract image, interpreting the impulse frequencies as horizontal stripes on the television screen. The respective intervals or the width of the impulse correspond with the density or width of the line of the image on the screen. This installation instantaneously demonstrates the visualization of acoustic material.