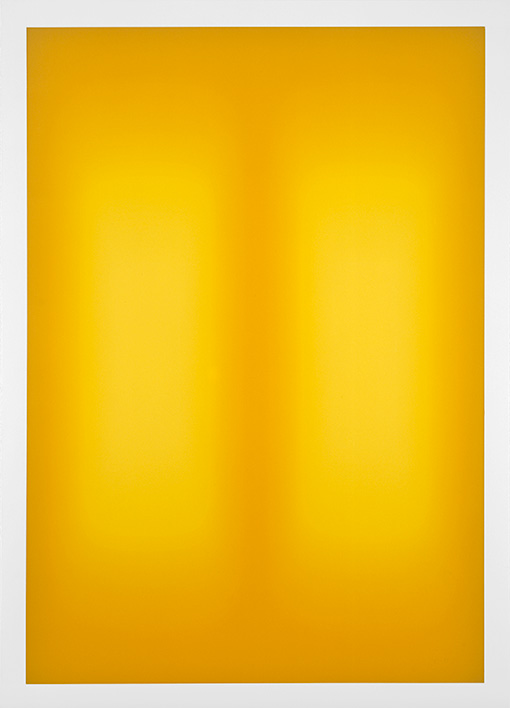 this series of works engages with the hypothetical phenomenon of the so-called tired light. the term was suggested in 1929 by fritz zwicky to discribe that photons might slowly lose energy as they travel vast distances through a static universe by interaction with matter or other photons, or by some novel physical mechanism. since a decrease in energy corresponds to an increase in light's wavelength, this effect would produce a redshift in spectral lines that increase proportionally with the distance of the source. the tired lights follow this idea by creating formal abstractions for decreasing light intensity on a two-dimensional level.