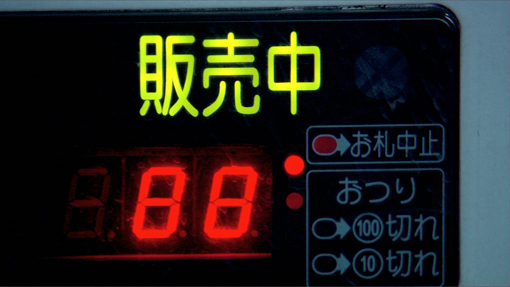 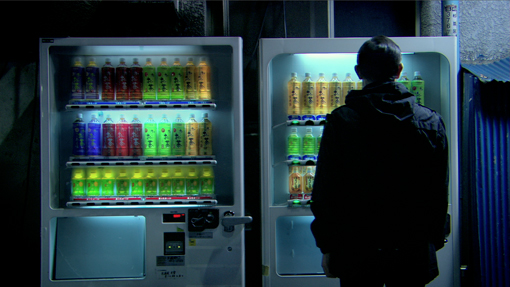 Conceived as the third part of the series under the name future past perfect, the short film introduces a narrative story that was inspired by a fascination for automation processes as well as his work on codes and grids that materialized in his record alva noto . unitxt in 2008. The series itself started in 2006 and is designed as a row of conceptually independent movies that document Nicolai’s focus of interest of the respective year of origin and also builds up on the results of the movie(s) before.

A quiet autumn night in Tokyo. a man stops his car at a shop front with a number of vending machines to get a last drink of tea on his way home. He inserts a coin, but instead of the usual procedure, the machine starts performing its own peculiar performance...