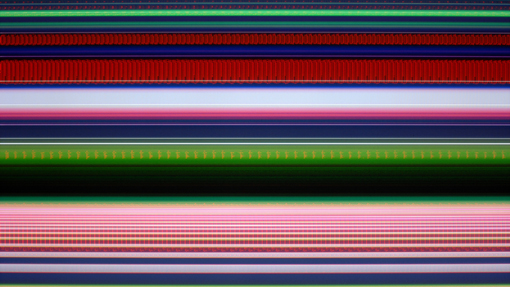 the title unitxt could be read as ‘unit extended’ – referring to a unit of a rhythmic grid – or ‘universal text’ – referring to a universal language, e.g. mathematics: units, constants, measurements, prefix-, SI system of units – and is represented in spoken word and by codes in sound itself. the visuals of unitxt are based on the real-time manipulation / modulation of soft- and hardware-generated patterns by an audio signal. hence the resulting images constantly change without any recurrence.